A downloadable game for Windows and Linux

What happens when you transmigrate into a story… where everyone's a villain?

After leaving a critical review of a tropey and grimdark RPG where the main character experiences and perpetuates nothing but tragedy, you… accidentally reincarnate into that very game.

Unfortunately for you, your role is that of a cannon fodder two-bit villain, who exists only for the protagonist to murder in his first act of vengeance against those who've wronged him.

To make matters worse, an alluring villainess offers to help you out—At a price, of course. With both the protagonist's and villainess's eye on you, you must find a way to obtain power and ensure your survival—before it’s too late. 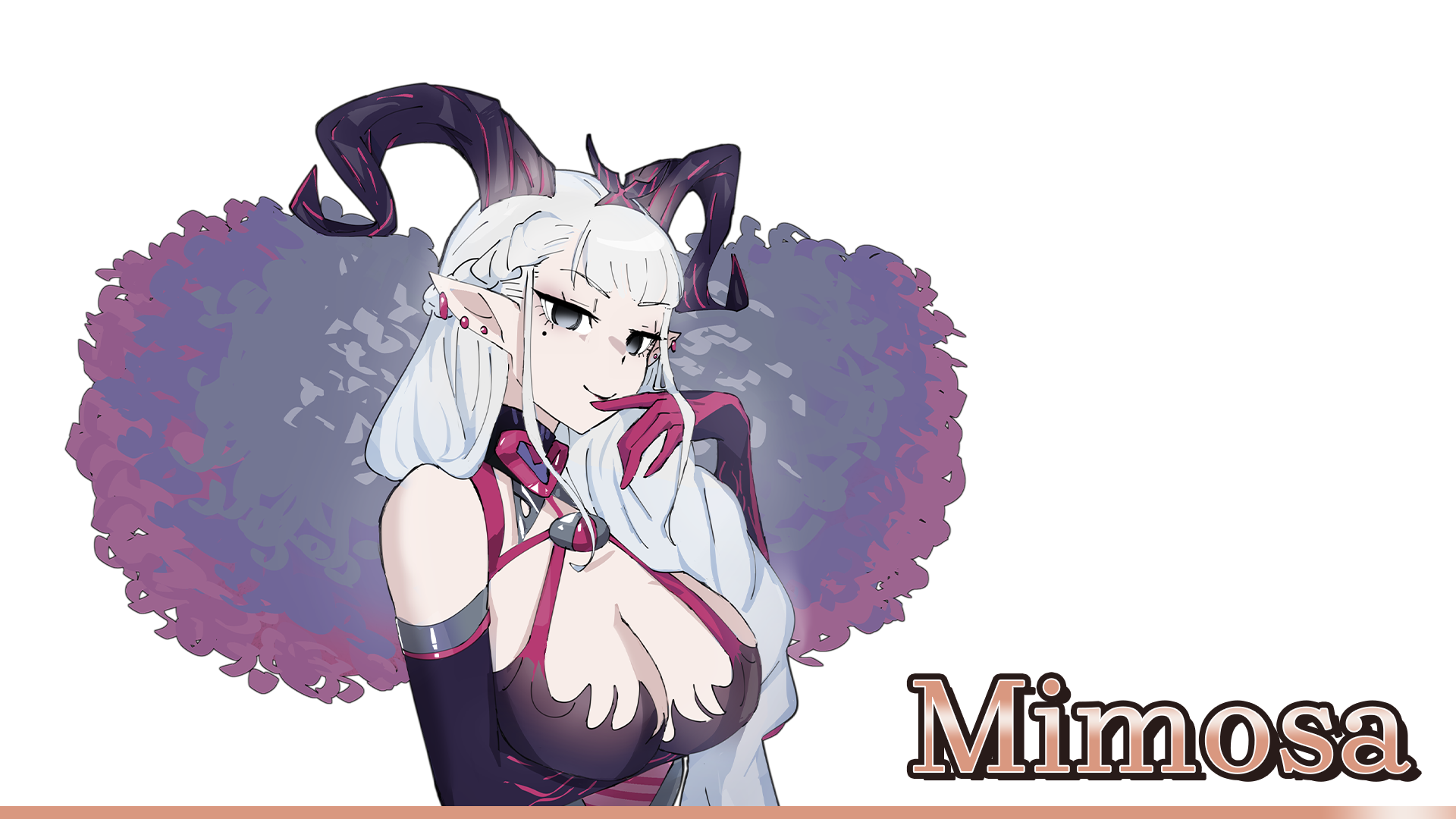 She enjoys inflicting pain on others and sadistically toying with her victims until they perish. Her haunting laughter is the last thing her targets hear before they die. Myth and legend have been crafted around her, since no one who's seen her has lived to tell the tale. 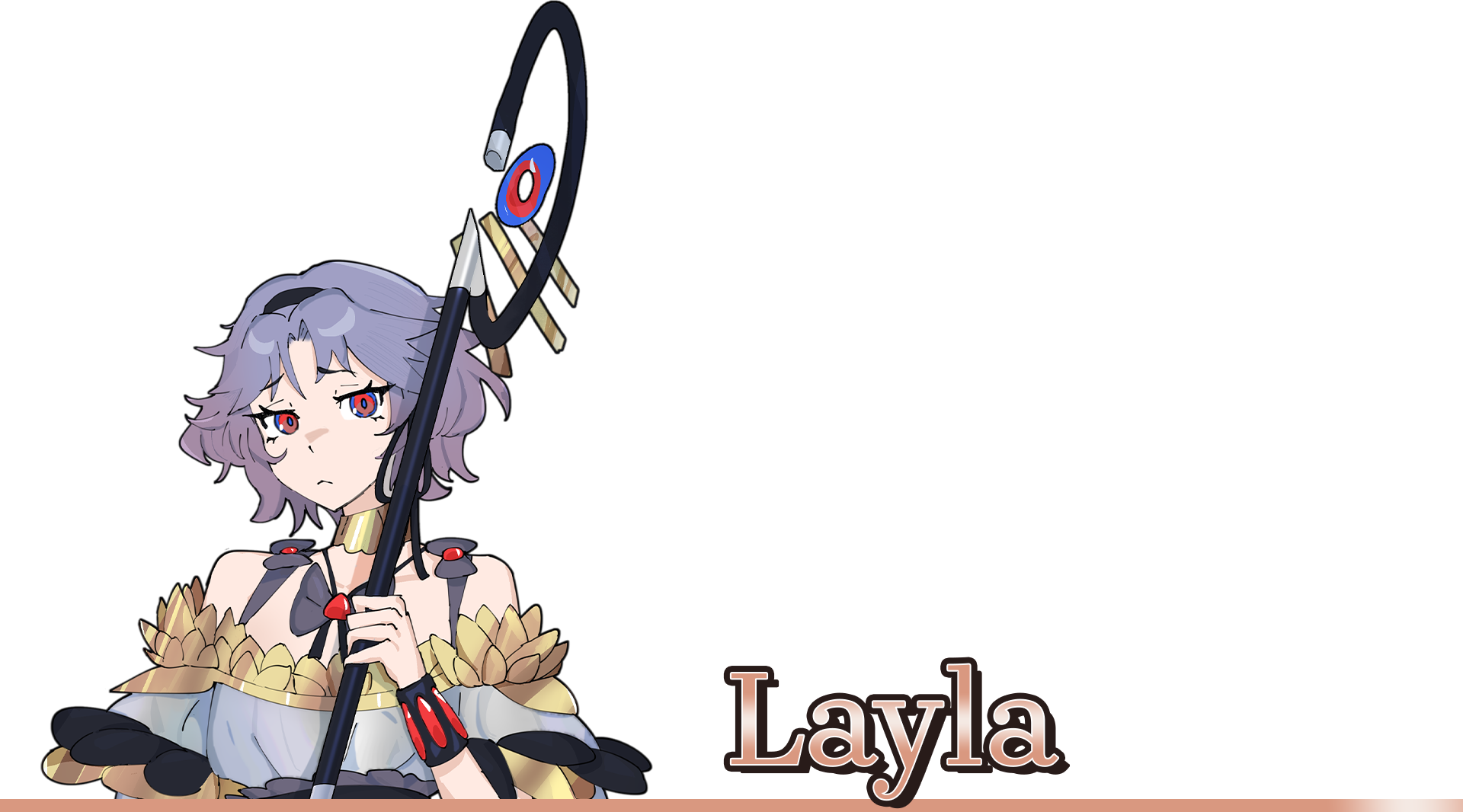 The helpful side character.

Layla's quiet, introverted, and shy. At least, that's what she seems like at first glance. She's a nymph blessed (or cursed) with the ability of prophesying the future, but she holds this secret close to her heart. Inside her lies a deep-seated, perpetual fear, and she will do anything to make sure her greatest fear never comes true. 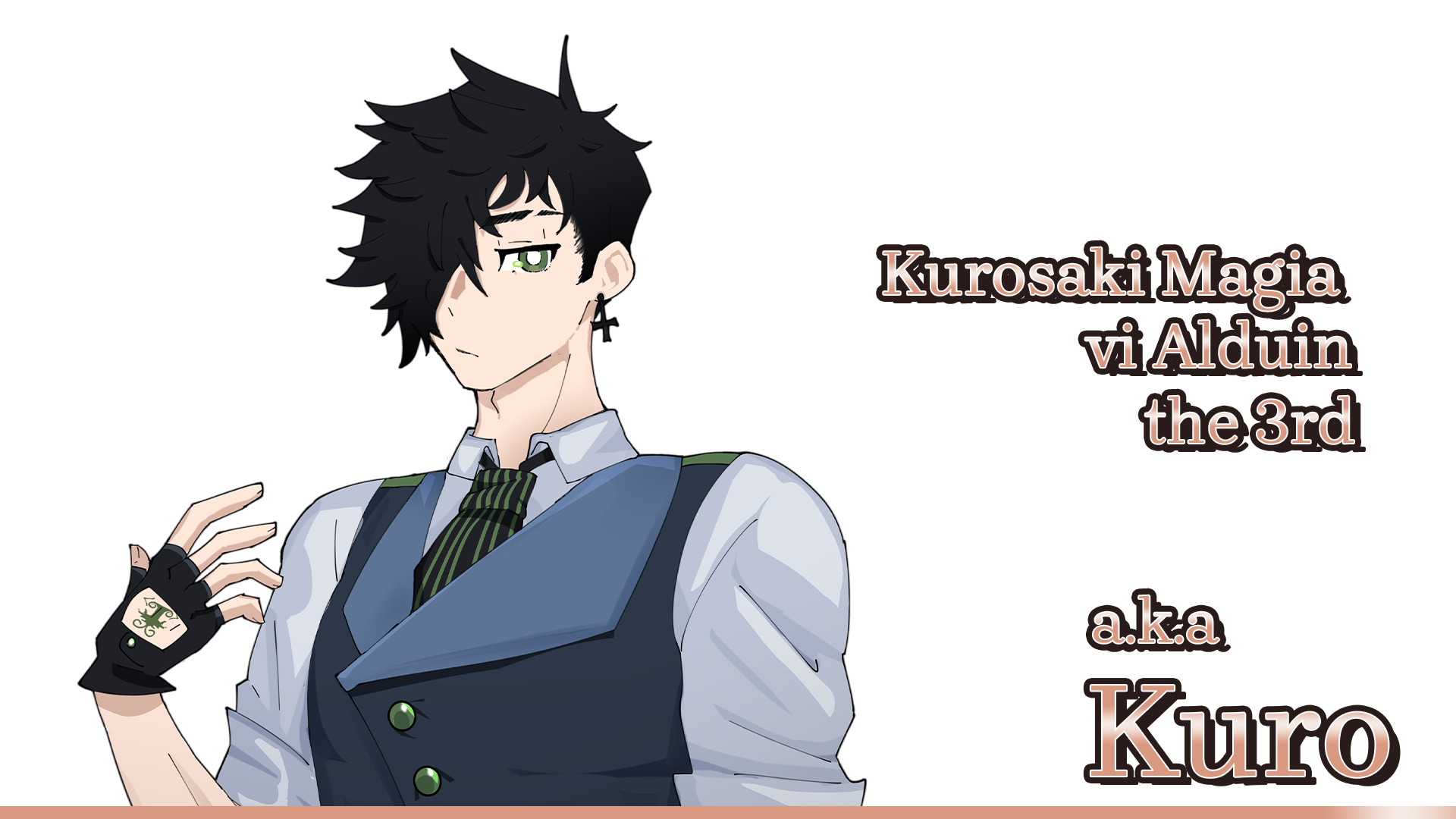 Kuro is the last descendant of the Alduin family—a powerful noble family that fell to ruin. As a result, Kuro is not only possessed with an unbearably long name but also unmatched physical and magical ability. He's quiet and aloof, but that keen gaze misses nothing.

In the original story, August is a spoiled, rich noble who employs Kurosaki in his service. He's jealous of Kuro's magical and physical prowess, and torments him over and over, leading to Kuro eventually retaliating and killing him.

However, you have the (mis)fortune of transmigrating into August—which means you have a chance of changing his future. Or depending on your choices, send yourself to an even worse fate...

If you play our game, feel free to give your feedback with the hashtag #UnderTheWitchsTrial on twitter or other social media!

this. game. is. just. perfection.

I really enjoyed the reading! It has this cute style that really made you feel like in a visual novel, but the different tone and set up made me also dig into the world that's presented. Just wish there was more to it, but! It's more than enough for a novel of this duration ^^

My only problem, story-wise, is that Kuro has been under August for a long time. Like, I feel the bond they get to develop makes more sense if they were aquaintances from a long time ago. I would feel pretty like something's wrong if the villain I've known for so long just turned good from one day to another.

For the rest, I'm really hoping to read more of you guys soon enough. It was a blast!

Re playing it. Hihi it was good. I Enjoyed the ost and the plot itself.

man this was really cute i just wanna play it over and over and over again....... u did a rlly good job writing a cute style of bickering for august and kuro and their dynamics were really funny. i think its really good as it is like im not saying this like "oh it would be so good if there was MORE" but its definitely the kinda character set up and world where i felt really eager to learn more and super excited with each new thing revealed - abt layla, especially. i think its specifically bc ur characters r so well presented and charming.

you did a super good job with this and im rlly eager to see what else u make!

I really enjoyed this transmigration story. I liked August's development over the course of the game, from a bitter, closed-off individual to a kinder, more open person, and I also really liked the other characters and their designs. Their designs, in particular, were one of my favourite things about this game. They had some really cool designs.

If this was a light novel, I'd title it "I transmigrated into the body of a low-grade villain in a shitty grimdark rpg who is destined to die horribly, but the protagonist is kind of cute and this is turning into a dating sim somehow?"

You can tell it's a jam game that had to rush to the finish line because some of the characterisation is inconsistent and not every worldbuilding thread is carried to the end, but I still thoroughly enjoyed playing this. Both the art and music is great and the mixture of fun and intense character moments is engaging. There's a bunch of neat worldbuilding ideas that made the characters work for me despite some jumps in characterization. Kurosaki as the zero-chill "hero" character who might be a little too intense and vengeful for the role and Layla who's supposed to be the shy romanceable girl but is acting extremely shady throughout are both great characters. I enjoyed August's uncertainty while interacting with them and having to guess at their motivations and feelings towards him. The action scenes were also well-written and the final battle especially was nicely intense and emotionally significant.

I definitely don't regret giving this game a shot despite it not quite being my usual genre.

This was really fun!! I love August's development over the course of the story and I was really cheering him on! His showdown with the final final boss was really good! I was like!!! Nooo!! Be nice to yourself!! Don't be so hard on yourself!!

Layla was so cute and Kuro was hot and I loved this little trio. I wanted them to go on adventures and love each other and was very happy to see how it turned out. :D

Thank you so much for making this! 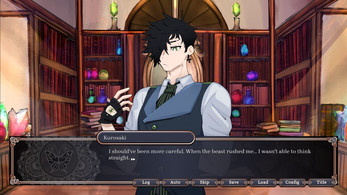 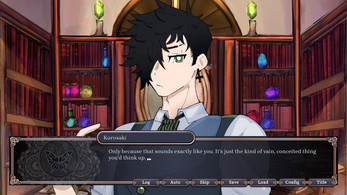 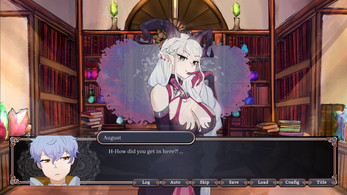 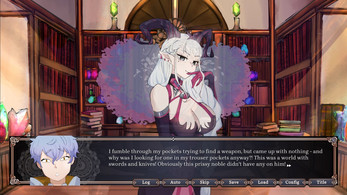 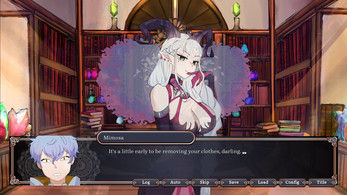 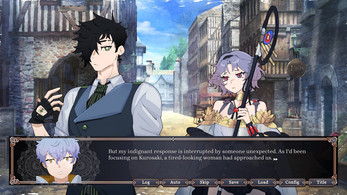 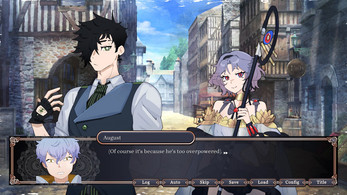 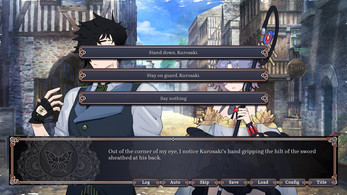 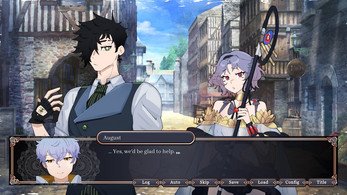